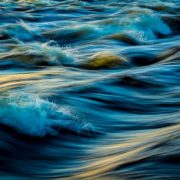 There aren’t many things that I don’t enjoy about running our businesses, but I do admit to finding the financial routines a little tedious. Thankfully, our super brilliant Business Manager, Timia, took the initiative to add a dose of enjoyment to the process by accompanying each of her monthly financial reports with a fun, nature-based fact. They’re too good to keep to ourselves, so here’s a selection of my favourites:

We all know that connections to nature are good for our wellbeing and productivity, so keep an eye on our Twitter account where we’ll be sharing Timia’s monthly fun-filled nature facts in future! And if you’ve got a great one too, do send it in to us – timia@hillbreak.com.