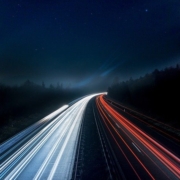 Revolutions are born of systemic crises.  Amongst systemic crises, planetary breakdown is the ultimate.  In response, ESG is seeking to remake the world anew.  Mark Carney has called for a revolution in economic theory to respond to the market failure of climate change.  The Financial Stability Board is the revolutionary council: the founding charter, the Recommendations of its Taskforce for Climate-related Financial Disclosures (‘TCFD’).

Revolutions are disruptive, but not invariably destructive: many effect positive change.  But overturning the ancien régime is only the beginning.  Most revolutions fight a civil war over the meaning of the movement.

The product of multiple disparate insurgencies, ESG emerged as a many splintered thing.  There has been no agreement on the language of “sustainable”, “green”, or “responsible” investment.  The time from Year Zero to Net Zero is foreshortened: phenomena modelled for the end of the century are being observed today.  Consequently, the new movement has to establish governance without a full sheaf of foundational documents in place.

The greatest risk to the movement’s credibility is the struggle for transparency.  ESG is confronting the vulnerability to fraud that it shares with any area where large sums of money flow into a less than entirely clear pool.  Improved data and greater scrutiny are having an impact: earlier this year the Global Sustainable Investment Alliance chronicled a drop of $2trn in European AUM from 2018-2020, due to “significant changes in the way sustainable investment is defined” in that part of the world.

But ESG is a global revolution and, in the absence of a universal language, investors have struggled to pin down the terminology.  In 2020, Common Wealth found that of 33 funds marketed as climate-themed, 12 held oil and gas producers.  Last month, InfluenceMap reported that of 130 “climate” funds, a majority were not Paris-aligned, with many holding fossil fuel assets.  The report flagged a widespread “lack of consistency and clarity” around ESG labelling, making it hard to determine “what these funds’ descriptors mean in practice”.

A new constitution may anchor accountable government.  TCFD both stands alone and underpins many authorities’ frameworks.   Regulators in the UK, Hong Kong, Singapore and China are in various stages of aligning TCFD disclosures into reporting cycles.  The EU is warier and has developed a more independent framework.  Its technical armoury, whilst very much still in beta, is nonetheless more sophisticated than anyone else’s.  Unlike the principles-based TCFD, the EU’s characteristic micro-managing adds value in this case by confronting head-on ESG’s critical definitional issues.  Its signature Taxonomy issues technical criteria for assessing whether business activities can be considered “sustainable”.  Controversy around the appropriateness and efficacy of those criteria has delayed its implementation, and will continue after the additional measures are published.

Another brick in the wall fell into place this year: EU regulated firms, and those marketing in the EU, are now caught by the Sustainable Finance Disclosure Regulation (‘SFDR’), which focusses specifically on requiring firms to substantiate their claims.  Both the SFDR and the TCFD codify credibility, requiring companies to weave sustainability into the fabric of their investment and strategic decisions, risk assessments and incentive plans.  Being able to demonstrate such structuralised sincerity is likely to be a core element of any defence for a company facing greenwashing prosecutions.

The US is late to a war fought largely on European turf and is unusually underequipped.  It has not yet revised its patchy and outdated Names Rule and is still drafting its climate disclosure requirements.  These new regulations aim at consistency and comparability for investors; they may include scenario planning (echoing the TCFD), but full Scope 3 emissions disclosures are meeting resistance.

This summer, though, the US made an explosive entrance.  Its Securities and Exchange Commission (‘SEC’) joined Germany’s BaFin in investigating allegations that Deutsche Bank’s DWS Group overstated the ESG credentials of its products.  As a foreign operative, DWS presents an opportunity for the SEC to show some muscle without taking a swipe at US businesses – which will nonetheless heed the warning.  Co-ordinating with BaFin will allow the SEC to learn from Europe’s more established thinking on ESG matters.  The SEC may also draw on the EU’s greater statutory toolkit, while its own is undeveloped.  The US’s financial dominance means its role will be decisive through sheer numbers: if this early skirmish with DWS helps it crystallise its strategy, it could be a critical moment.

America famously holds certain truths to be self-evident.  The SEC has understood that specific regulation is not essential for combatting greenwashing.  Good old-fashioned truthfulness remains a powerful principle, as manifested variously worldwide.  This will be critical for the DWS prosecution, as the allegations against it relate to the period before the SFDR came into force.  The key charge against DWS is that it claimed more than half its assets were invested using ESG criteria, when it is alleged that in practice portfolio managers had no obligation to act upon ESG data.  In July the UK’s Financial Conduct Authority had made the point explicitly, setting out those existing transparency obligations which are breached by greenwashing.  The letter noted that formal fund documents “often contain claims that do not bear scrutiny”; it reminded asset managers to “describe their investment strategies clearly” and ensure that “any assertions made about their goals are reasonable and substantiated”.  The guidance is expected to be formalised in legislation.

The universality of the honesty principle allows a breadth of greenwashing action beyond specialised financial regulators.  It was the Netherlands’ Advertising Code Committee which ruled last month that Shell’s ‘Drive carbon neutral’ campaign was misleading.  Even in Australia’s regulatory desert, the judicial system tests companies’ integrity: its Federal Court will weigh the assertion of Santos Ltd that natural gas provides “clean energy”.  Interestingly, it will also consider the credibility of a “net zero” pathway which leans heavily on distinctly inchoate carbon capture and storage technology: the oil and gas sector will be watching.

ESG’s associated guardians are similarly under pressure to make their language meaningful.  The Financial Reporting Council, stung by criticism of its rigour, revised its Stewardship Code this month, ejecting Schroders, Morgan Stanley IM and Rothschild Wealth Management in the process.  The International Financial Reporting Standards foundation is accelerating its ESG reporting recommendations, hopefully in time for COP26.  The ratings agency MSCI was criticised for giving Boohoo a high ESG rating despite its labour conditions scandal; complaints about low ratings from companies such as ExxonMobil may be less justified.  Many sustainable ETFs track MSCI ESG indices (including DWS’s rebranded ETF) but MSCI defends its ESG ratings as opinions, as distinct from credit ratings.  Since those credit ratings escaped regulation after the financial crash, their ESG counterparts seem unlikely to draw fire any time soon.  The quality of carbon offsetting is also a live issue, with doubts in particular over the additionality of certain certified projects.  Offsetting continues to evolve, helped by a widespread commitment to transparency across the industry.

The revolution rolls out across the wider economy.  The EU Taxonomy applies also to non-financial companies.  UK premium listed companies must report in line with the recommendations of the TCFD.  This particularly is a powerful development: the globalised nature of many London-listed businesses means that regional climate regulations are beginning to be internationalised.  The transparency obligations increasingly being placed on public companies are believed to be a significant factor in various recent take-private manoeuvres.

There remain battles to be fought.  The TCFD’s 2020 Status Report noted that pure metrics are insufficiently accompanied by context around their significance.  At the same time, users of TCFD disclosures identify exactly that material as the most useful, as it reveals a company’s resilience to climate-related changes.  As an example, various regimes require companies to disclose their emissions, but the TCFD expects those data to be used intelligently in scenario planning.  For instance, how might a large emissions footprint harm the company’s financial situation as the price of carbon (which hit a record €61 at the end of August) continues to increase?

Children of the revolution

ESG is not the anti-capitalist creed that some allege: its champions are titans of industry and finance such as Bill Gates, Larry Fink and Hiro Mizuno.  That is not to say there will be no purges;  heads rolled at ExxonMobil earlier this year due to the Board’s refusal to recognise that the times they are a-changing.  But ESG’s constructive dialogue with the existing regime suggests a peaceful transition ultimately.

Hillbreak is confident that ESG will find the ‘stable’ in ‘sustainable’.  ESG is not the real wild child that, say, crypto is.  “Green finance” is essentially just “finance”: the fundamentals of integrity are no different.  Regulation forms the bones of the body politic, but governance must flesh it out.  Irrespective of whether COP26 delivers any international standardisation, the direction of travel is clear.  The mere allegation of greenwashing caused DWS’s share price to fall over 13%.  Reputational impact occurs quicker, and often lasts longer, than formal proceedings.

The new philosophy is only strengthened with testing.  Where clients have concerns about how to engage with it, Hillbreak stands ready as a critical friend, but time is running out for companies wanting to be on the right side of history. Vive la révolution!