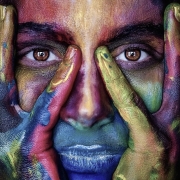 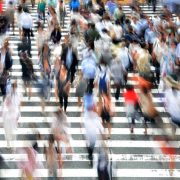 Hillbreak may lack the scale of the real estate industry’s larger firms and companies, but we’ve never shied away from throwing our modest weight behind the issues that really matter.

Perhaps one of the most defining for our sector at this time is that relating to under-representation; few would deny – even today – that performance on equality and inclusion falls far short of where it should be.

Quite frankly, we’re often embarrassed by association. We can all point out the infamous occasion in which the shocking conduct at the President’s Club Dinner was exposed in the public eye, but there is an all-too insidious pattern of behaviour within our industry which comes to prominence at major events, such as MIPIM, and is often lurking beneath the surface in the day-to-day workplace.

There have been occasions when Miles or I have had to intervene when lines have been crossed in the business environment, but if we’re honest, we’ve not done enough to stand up to the weak attitudes and the poor behaviours that continue to dog our industry.

On paper, and recognising that this is in part a reaction to bad publicity and exposure, some progress has been made recently by organisations and industry bodies. Some of this is genuine and welcome; some is superficial and still needs to be challenged.

The continued lack of diversity in our sector is one of the most serious impediments to it achieving its full potential.  The persistence of conscious and unconscious bias in recruitment, opportunity, flexibility and reward, means that the real estate industry is missing out; it diminishes our ability to attract and retain some of the best talent, it means that decisions taken by leadership teams are suboptimal, and it prevents those in minorities from bringing their full selves to the table.

We have been particularly encouraged to see a number of organisations and initiatives spring up which attempt to tackle these issues. Several seek to promote the value that the LGBT+ community brings to property and the built environment – examples include Freehold, PlanningOut and Offsite. There are others which seek to raise awareness and an atmosphere of support for those battling mental health problems; the RICS charity, Lionheart, for instance has had a particular focus on this lately, complemented the John O’Halloran Initiative.

Although by no means the full equality and inclusion story, the question of gender balance – especially in real estate leadership roles – has received a great deal of public attention of late. Whilst sector-agnostic efforts such as those of the 30% Club, members of which are advocates of the Hampton-Alexander recommendations for female representation on FTSE350 Boards, are really significant, our industry also needs its own spotlights. Real Estate Balance has gained considerable support and membership from a reasonable number of organisations and firms (more are needed) and we were both humbled recently to be accepted as Senior Advocate Members for the network.

So, what are we doing?