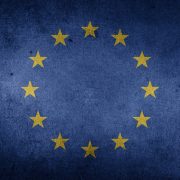 It would be an understatement to say that the outcome of the UK referendum on its membership of the European Union has caused something of a stir. Aside from the ongoing civic debate, some of which has been civil, about whether the vote by a third of the British people to leave the EU was informed and sensible, the impact on the UK political landscape has been nothing short of spectacular. The dust will take a good while to settle, with a changing of the guard within three parliamentary parties in various stages of advancement and in various states of acrimony.

The impact on markets has been no less abrupt. The £ has plummeted in value to its lowest levels in well over 30 years, $2 trillion was wiped off the value of global stock markets in the immediate “BREXIT” aftermath, the UK’s credit rating has been eroded significantly, and several property funds have ceased trading in light of significant value write-down concerns.

The extent to and timing over which both political and market disruption will be steadied remains to be seen, and will no doubt continue to capture much of the media and industry attention. Certainly, these issues will be front of mind as the UK and global real estate markets look to navigate the testing and uncertain waters of a post-Referendum transition. The fundamental question of whether Article 50 will actually be invoked remains somewhat unanswered, not to mention the countless scenarios that could follow if it is (and, indeed, if it is isn’t).

It would be easy to think, therefore, that the status of the plethora of legislative instruments pertaining to the environmental performance and impact of the UK built environment, a good deal of which has stemmed from EU laws of one form or another, is in a similar state of disarray. We’ve seen commentary to this effect from several industry voices, including from fellow advisors. However, there are no immediate parallels to be drawn between the political and market consequences of the Referendum and the anticipated effects on environmental policy. Our message on this matter is clear: it’s business as usual for the time being, and the direction of overall travel very likely to continue whatever the outcome of BREXIT negotiations both here in the UK and in wider Europe markets.

Sure, if the UK does leave the EU, it will have to negotiate with its counterparts within the Union on the sort of relationship that will exist between them in future. The UK Government, no doubt with the backing of most UK businesses, will be keen to retain favourable access to the Single Market, but this will almost certainly come with policy strings attached; it will have a key determining effect on which EU policies and regulations the UK will need to retain or adopt in future. Even if continued access to the Single Market is not realised, it’s important to remember two key things:

Some evolution in the policy landscape is inevitable, though. A good deal of that is already in the pipeline, notably under the auspices of the Business Energy Tax Reform. A focus on the implementation of Minimum Energy Efficiency Standards also continues to make progress; just this week, Hillbreak’s Miles Keeping was part of the property working group he has helped to coordinate which is advising the Department of Energy and Climate Change on the preparation of detailed guidance for non-domestic properties.

So, in this era of post-Referendum uncertainty, we think it’s important that:

Of course, we stand ready to support all of our clients, both governmental and private sector, on how best to navigate and deal with the issues that the prospect of a UK exit from the EU throws into the ever-present mix of future uncertainties.