On the day of its public launch, Hillbreak is proud to announce its membership of the UK Green Building Council (UK-GBC)

Joining UK-GBC is a natural early step for Hillbreak, given the close alignment of our respective missions. Signing up to the UK-GBC Member Commitment is an extension of the impact that we are looking to make in the market through our consultancy and training services.

Our founders, Miles Keeping and Jon Lovell, have a long-standing association with the green building movement, both in the UK and around the world. Miles is a UK-GBC Ambassador, and a former chair of its Policy Committee. Both Miles and Jon have worked extensively with both the UK-GBC and World GBC on a number of ground-breaking projects, including:

Hillbreak is proud to be a UK-GBC Member, and looks forward to collaborating with the organisation and its Members in pursuit of our common goals. 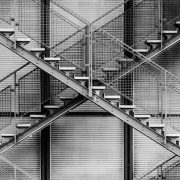 Hillbreak Achieves RICS Registration
We use cookies to ensure that we give you the best experience on our website. OkNoRead more
Scroll to top